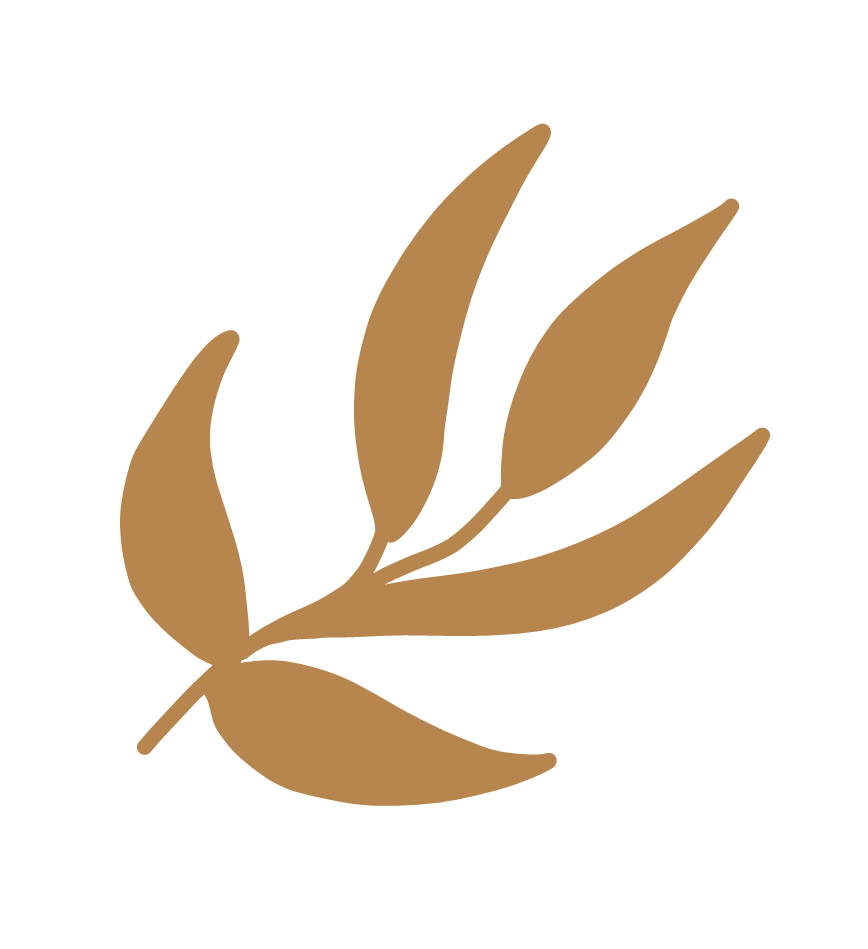 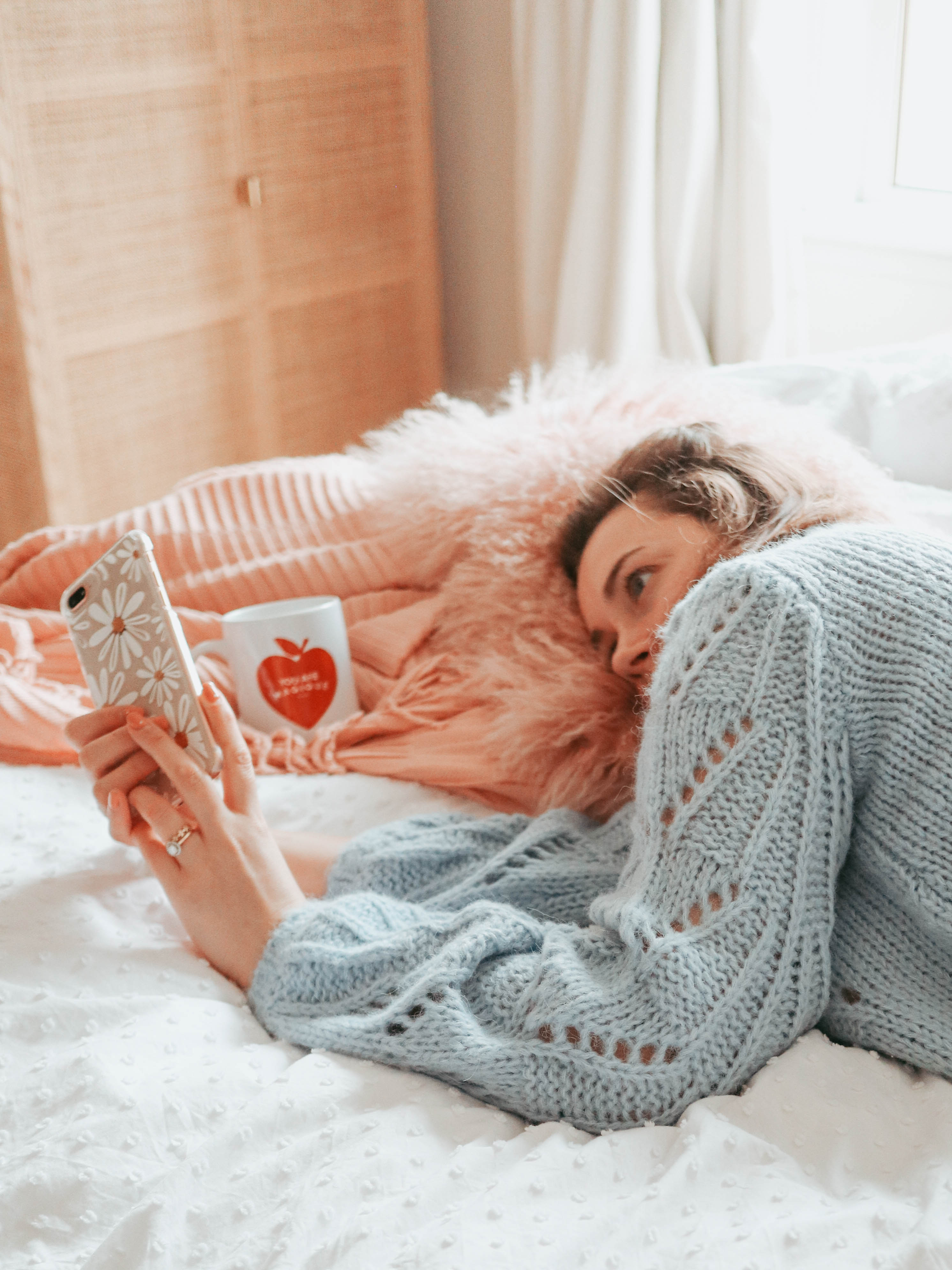 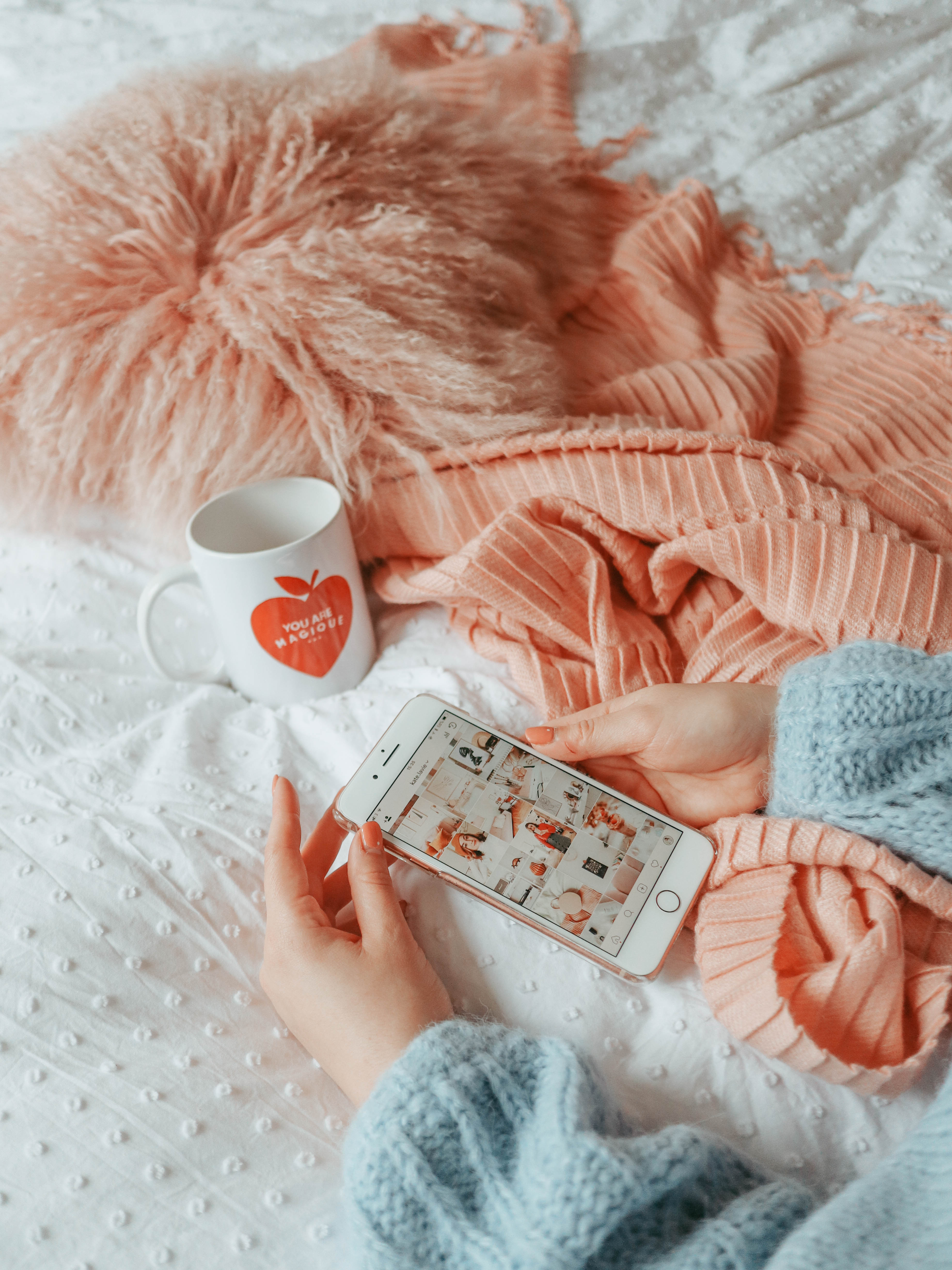 If there’s one platform that everyone loves to hate, it’s Instagram. It’s great for satisfying the voyeur in us all, but not so great when you’re trying to base your career around it.
I’ve been uploading snippets of my life to Instagram for around seven years now, I actually didn’t understand what it was when I first downloaded it! I thought it was for editing photos to post elsewhere, what a noob.

Over half a decade and two hundred and thirty thousand followers later and I’m still at it! I know it gets a lot of slack, but I think it’s all in how you use it. It’s a fickle platform and I always say it’s an extension of my blog – I rarely take photos just for Instagram, and instead I focus more on my dot com (this ol’ thing!) because I know that every image on here belongs to me. A blog is surely more enduring than social platforms, and I can always use whatever photos I take for my blog, on my grid (as I often do).

I’ve seen so many tweets and posts from other bloggers about the change in Instagram affecting their following and engagement, but I feel like I’ve been floating on as usual. There’s the occasional picture that kinda bombs of course, but generally I don’t think I’ve taken too much of a hit.

Anyway, I’ve been meaning to jot down some thoughts on the matter for a while now, so I guess this is it!

This post is less ‘how to up your game’ and more ‘how to strip back your game!’ I’ve been saying for a while now that we’re all appreciating a more natural, candid image on our grids and I really think it’s key to nailing the ‘gram these days.
Even up to a year ago, I’d set up mini shoots for my feed. Posed shots of trays on my bed, unrealistic flatlays and the like. Then one day I thought, this isn’t me. I guess I just felt over it, and I stopped posting pretty much altogether and then eventually shared more “me” pictures as and when they took place. I no longer put pressure on myself either – even now I don’t care if I don’t post for a few days!

The trick is finding the right balance between candid and aspirational. You want the kind of effortless that feels like it was a one-take shot, but still manages to capture that inspiring Insta magic.
Maybe it’s just me, but I’m over the styled shots in front of the samesy locations. Anyone can do that. I feel like I rarely engage with photos that are so overly staged, and I don’t follow accounts in general if I feel like they’re prepping mini-shoots for likes – it just doesn’t sit well with me, you want this too badly.
I need more from my feed, I want to find originality in places I wouldn’t have thought to look in.

I don’t know about you guys, but I’m pretty nosy. As soon as I follow someone, I want to know what their house looks like, where they eat, what foundation they use… I love doing a bit of grid-stalking.
If there’s one thing I’ve come to realise it’s that people you follow you want to know what you’re up to. There was a time when I’d post a single emoji as a caption, but now I put in an actual life update or whatever – just something with a bit more purpose. Try it, it’s actually kinda fun! 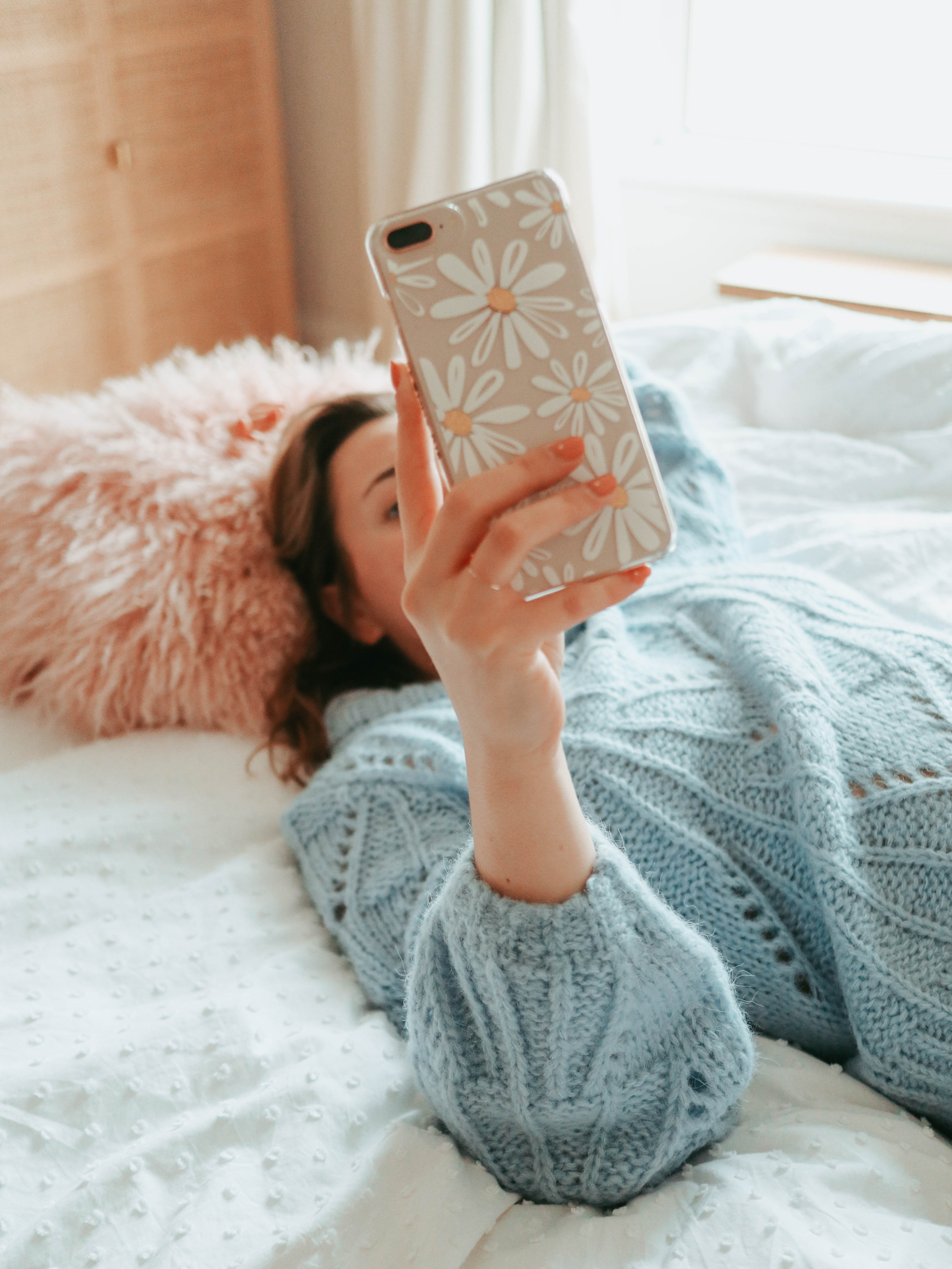 Some time ago, I always had some sort of theme on the go – probably all very bright, styled photos – and I wouldn’t have posted a photo if it didn’t work with my grid. Sometimes I’d so want to upload a certain snap and I just couldn’t ruin my grid like that. I KNOW, SO WEIRD.
Over the last year I’ve been thinking about what I want to see on my feed from the people I follow, and also what I’ve noticed does well on my own page, and something that occurred to me is that we like to see different photos from our fave people. Surprise us with your uploads, make it fun and interesting to follow you!

This image here is one that sort of inspired this post – even a few months ago I wouldn’t have dreamed of uploading a picture taken at night (!!) with the yellow tones mixing in with the natural light on my grid. Yikes.
Over eleven thousand likes though, almost three times my usual.

I love seeing a ‘lived in’ home on the gram, or an outfit photo with traffic in the background. It’s real and it stands out in a sea of the same shots outside Peggy Porschen’s, and that alone is gonna get a big fat like from me. 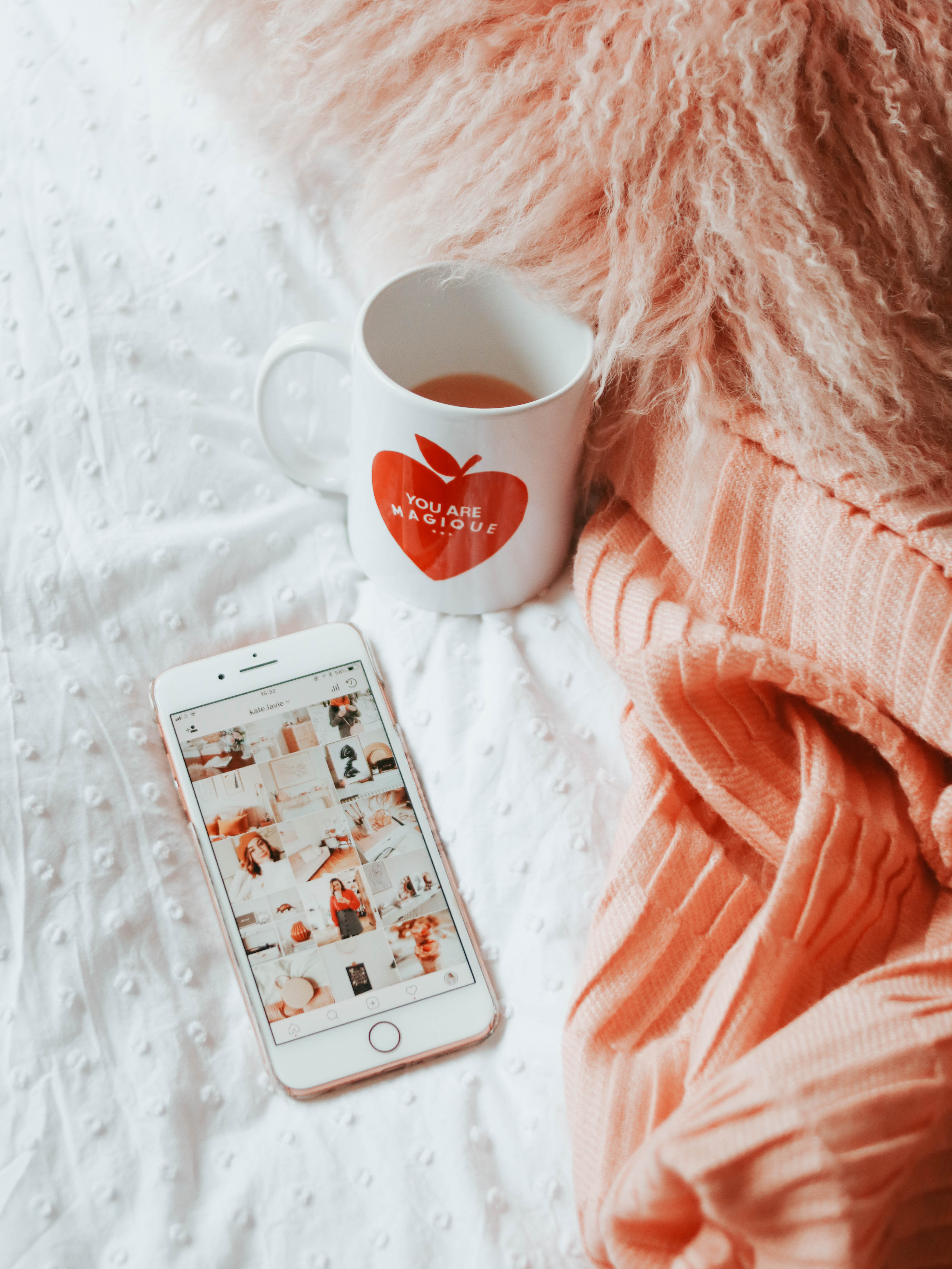 Don’t be scared of doing less

I actually find iPhone images do a lot better than camera shots – the blurred background just doesn’t seem to win out on Instagram. I usually find the one-take shots of mine do the best on my feed!

It’s the same with filters, I used to make my photos washed out and overexposed but I find barely editing them at all seems to work in my favourite. It’s a bit of a tipping scale of finding the middle ground of effortlessly edited!

Maybe it’s just me, but I love this more sincere approach to photo sharing! Where once that Instagram life seemed so unattainable, we seem to have gone full circle since.
I want to see foodie pictures and casual outfits, travel snaps, mirror selfies and pictures of your shoes. I want iPhone uploads and good captions, fun Instagram stories and less photo props and editing software.

What do you guys think of a more easygoing take on the gram? Are you finding, like me, you’re putting less effort in to your photos but seeing better engagement? Do tell! 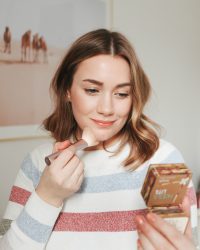 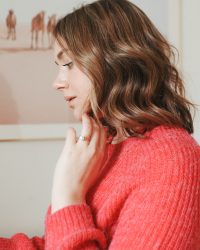