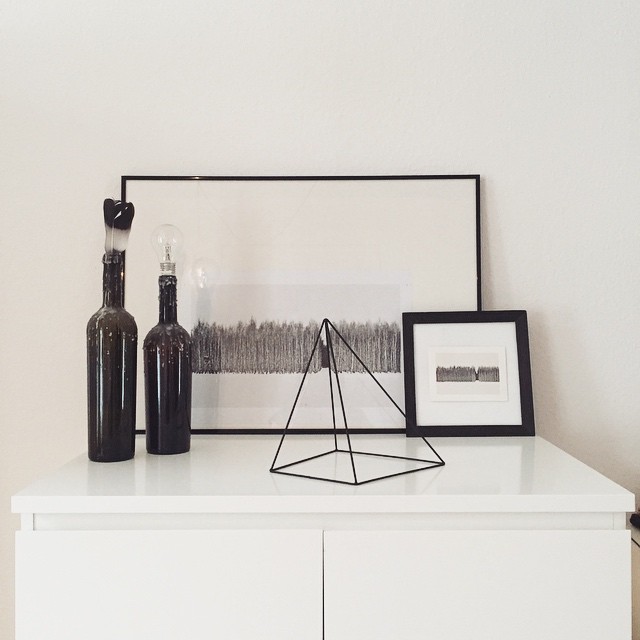 I have been promising this post since before I even went to Berlin – I wanted to do a little ‘city guide/photo album’ sort of thing, so you can see what we got up to and also I can throw in some recommendations on where to go etc. I have to be honest though, I used my camera twice while I was there! It really was a holiday – no vlogging, no camera out constantly, I just relaxed and took the occasional Instagram snap.

We had an early flight from Glasgow, and it was snowing a lot when we left – but thankfully Berlin was sunny when we arrived (albeit very cold!). We got to Berlin around 11am on Sunday, some guys we know who run Abandon Ship were on the same flights as us, and we actually bumped in to them outside a bar called The Dudes in Kreuzberg. That’s 5 litres of beer I’m drinking in the below snap – it was heavy.
Jordan and I pretty much went to see the sights and drink beer, so it was that sort of trip. We hadn’t planned too much, it was more of a relaxed vibe – although I had made up a small itinerary using the Tripomatic App – but we ended up fitting in a lot of activities. Jordan had been to Berlin a couple of times, most recently in November, so he had been around this area but for me it was completely new. We went from Sunday until the following Friday, which I think was a good amount of time to go for.

The first day was spent finding our apartment, we found a super affordable, absolutely beautiful apartment near Kreuzberg on Airbnb. I always use Airbnb because I prefer to have an apartment rather than a hotel, I think that way you can at least have some meals and relax in an actual home, whereas a hotel you can feel a little restricted and things end up getting pricey.
To get to our apartment, we had to walk along the East Side Gallery, a section of the Berlin Wall that’s been covered in art – it’s really amazing so I recommend heading there on your trip at some point. Since we stayed across the water from Kreuzberg, it was easy enough to walk around this area, although we did buy a weekly train ticket at the airport so we could jump on and off when we needed. I really recommend this if you’re going for more than a couple of days, it’s around €36 euros per ticket but it’s well worth it.
After settling in to our apartment, we headed across to Kreuzberg for a little look round and to grab something to eat. We went over to Burgermeister, a place many, many of you had recommended (along with most of our friends), and we spotted it quite quickly. A lot of people say they can never find it but I don’t know how you would miss it – although it does look like a little shelter. I’m not a huge fan of burgers as I don’t love red meat, but these were good – the bun was incredible!

We also took a trip to the Jewish museum – fun fact, I very almost studied Theology at university, so I’ve always had a big interest in religion. We spent an entire day here so be prepared! It was one of the best bits of the trip, although some sections were, understandably, harrowing. We did a fair bit of tourist stuff, also stopping off at the Topographie Des Terrors. It’s incredibly interesting, but quite upsetting – so keep that in mind if you’re really affected by these things.
Berlin is very affordable I would have to say – the Jewish Museum is €8 to visit, and it’s absolutely massive. It covers everything from the foundations of the beliefs, traditions, Jewish people of note and also of course the Holocaust, the war and the aftermath. They also have some amazing exhibitions and installations, including a robot writing the Torah at human speed.
The Topographie Des Terrors is free, and it’s both indoors and outdoors. Again, very upsetting at times but an incredible amount of history – worth seeing for free too.

Also filed under ‘touristy things’ is of course, the TV Tower! We stumbled across this by chance, as we ended up getting the train to Alexanderplatz for a look around the shops. Bam – there it was. It was a foggy day so we got up there easily without any queues, and also had some currywurst and ice cream at the rotating restaurant at the top. Again, I thought this was quite affordable for such a trip – it was €13 each to go up the viewing deck, and we quickly got a reservation at the restaurant. I wasn’t actually planning on doing this, it was in the back of my mind but fate kind of led us there and I have to say, I really enjoyed it!
On one of the days, we had a rainy wander down Kurfurstendamm too, which is a long shopping street. It was good, although very chilly!
Around Berlin, there’s little photo booths were you can pay €2 for a strip of four photos – you can see a few of ours in the top picture, they’re SO much fun! We laughed so much at ours, and even when I dug them out today, I had a little happy chuckle.

As for food, we headed to a place called Five Elephant for a coffee stop – it was great, but there’s not much else except coffee and cake. We also went to The Bird for lunch, it was good but they only do burgers and sandwiches, so again not much variety. I wasn’t a big fan, but everyone says to go here – and also Jordan thought it was amazing – so if you love meat, head this way!
We saw some amazing street art while walking around Kreuzberg so if you’re hunting down a restaurant or bar, don’t forget to take a look around you. I loved looking at all the buildings, I think if you stood still long enough in Berlin you too would be covered in graffiti.

One of my favourite places to eat was Seoul Kitchen – near the Michelberger hotel. I adore Asian cuisine, and this place tasted exactly how my dad cooks it so it was like being at home. I really recommend going here, I would give anything to be able to teleport back for some of their Bi Bim Bab! Heavenly.

We also went to a place called Aunt Benny’s on our final day, this serves coffee, cakes and sandwiches and had a really homely vibe. The decor was flawless and you can see just how incredible the cakes are up in the photo at the top. Really lovely setting!
Berlin also does incredible kebabs, everyone said to try a kebab in Berlin – more so than the currywurst! We went to a place called Bagdad Bistro which is across from Burgermeister and it was incredible – really amazing food, not at all greasy or gross. I highly recommend you pop in, especially after a trip to a bar…

I think that’s most of the highlights covered. We had such a brilliant time, the beer was amazing, the people are SO nice – really patient and helpful, and the city offered so much. It was lively and fun, and we managed to squeeze in a lot more than we had expected. It’s also very easy to get around, just pick up a map so you can work out which station to change or get off at.
It was quite an affordable trip I would say, I think I spent less than I expected – and that was with wasting some at the airport on magazines and coffee. I managed to score the flights super cheap too, I think two returns were £99 in total! It was a great little post-Christmas pick-me-up.

Are you planning a trip to Berlin?